The poems in Judy Halebsky’s SPACE/GAP/INTERVAL/DISTANCE, winner of the Sixteen Rivers Press 2011 Poets-Under-Forty Chapbook Contest, combine memory and depth of feeling with luminous observation and precision of craft. In a voice utterly her own, Halebsky translates her experience of living in Japan into poems influenced by butoh dance, haiku, and, momentously, the Japanese language itself, finding in kanji, the basic written characters of Japanese, a rich source of insight, metaphor and fresh associative power.

Judy Halebsky’s Space/Gap/Interval/Distance engages the reader in rapt translation— between languages, among the visual, the semantic, and the kinesthetic—by way of a poet’s journey of return and what remains unsaid.

Entering Judy Halebsky’s Space/Gap/Interval/Distance is like stepping into a world you know must exist but have yet to experience. Influenced by Japanese kanji characters and the haiku tradition, this beautiful book locates the big in the small. Magic, memory, and mutability drive these poems through fabulous places. You have no idea how lucky you are to be in the passenger seat. 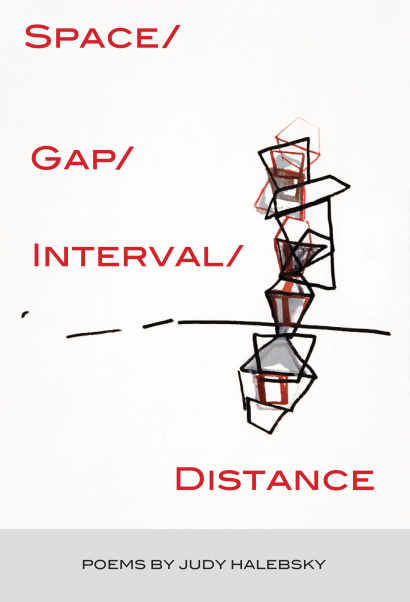